When I first got into lolita, things were very different. For one thing, lolita was generally considered to be more than just a fashion style, but a lifestyle, too. There was even a blog (hands up if you remember The Princess Portal!) which was devoted to the lolita lifestyle. I adored seeing posts on the egl livejournal about lolifying your life, and the things you could do to make your home more lolita influenced and whimsical. As well as the beautiful clothes, these were the things that really captured my attention and made me want to be a part of the lolita subculture. 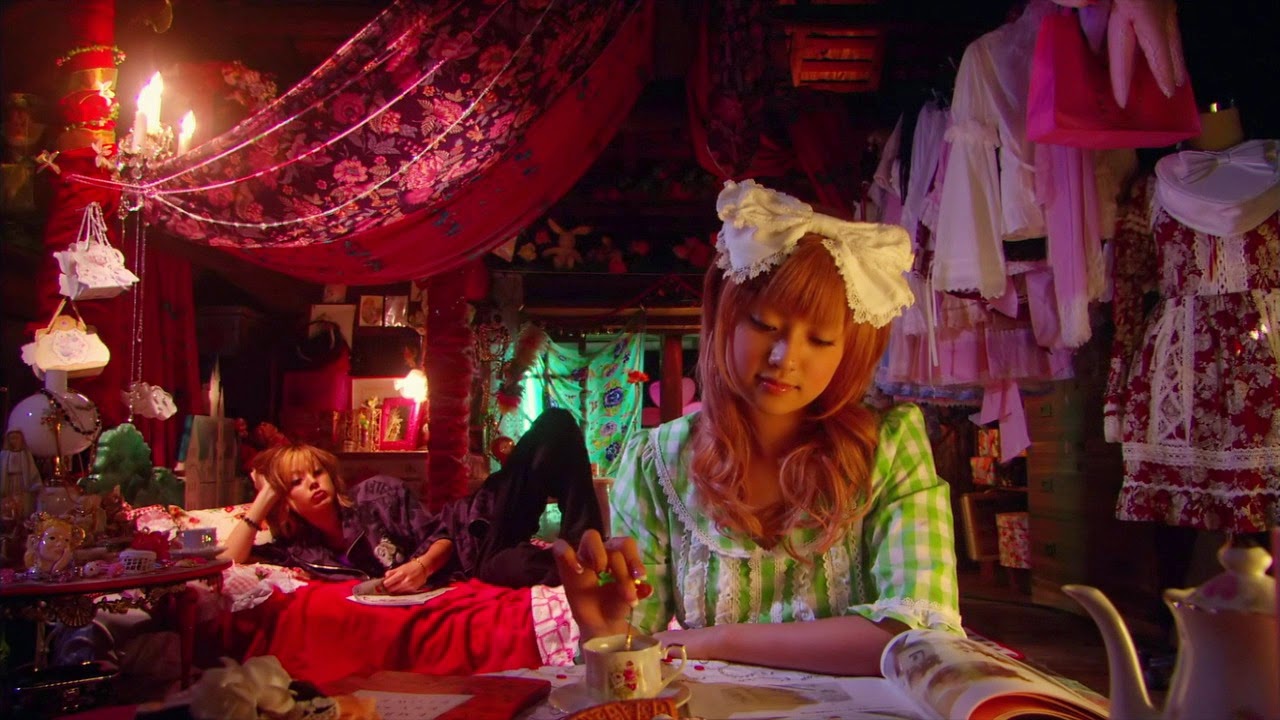 Kamikaze Girls (2004) where Momoko takes the lolita lifestyle to the extreme!

In recent months, I've been seeing a lot of people shooting down the notion that there exists a lolita lifestyle. I have to say, this baffles me somewhat. I don't think any of us really expects someone to change their entire personality and behaviours just because they're wearing a frilly dress, or to pretend they live in 18th century France like Momoko in Kamikaze Girls, but can you really deny that becoming a lolita is in itself a huge lifestyle change?

Unless you were already into expensive fashions before, or were used to buying designer clothing, it is a transformation of your idea of clothing's worth. Of course, lolita can be bought secondhand and often for affordable prices, but  before I got into lolita, I had never had to be thrifty or buy used clothing. If I needed new clothes I could replace old items in Primark for very little. I'd never had to save up money for a single item of clothing before, and I had never bought an expensive dress, apart from my prom dress when I was sixteen. I assumed that was ok-- you were meant to splash out for special occasion clothing. But not everyday items, surely!

Thus, becoming a lolita completely changed how I lived my life. I became more interested in clothing quality, learning about different types of lace, coordinating outfits, making accessories... None of these things had mattered when I was decked out in jeans and a t-shirt. I began to show clothing a new sort of reverence. It became a hobby.

I definitely felt encouraged by the fashion to explore my creativity. Before, I had been convinced that academia was the only way in which I would ever be able to prove my worth to the rest of the world. But lolita changed my mind. I realised how important fashion and creating things were to me. I gained a new interest and respect for the art and fashion world, and realised that this was a way in which I could make life fulfilling for myself, regardless of what others expected of me. Indie brands are everywhere in lolita. This idea that anyone could start their own brand inspired me in a large way, and I have found that the community in general is full of artistic talent and interested in crafts, moreso than in most other fashion styles I should think. I know I never would have challenged myself to do what I love had I never gotten into lolita.

There's a certain self assuredness that comes from lolita fashion. Whenever you wear it, you know people you encounter on the street will do double takes, comment on what you're wearing, ask questions, laugh, smile, point, stop in their tracks to stare. Once you get over the initial discomfort that comes with this, there then comes a certain confidence, and a thick skin develops. Through lolita I found that I changed my view of how I should react to others' opinions. I value those of the people who care about me for sure, but I found myself realising how insignificant the negative thoughts of a random person I may never see again are. I found myself prioritising my own happiness.

Lolita changes not only your personal lifesyle and thought processes, but also those of how you approach your social life. Most lolitas have lolita friends they spend time with, often through lolita meetups. Before lolita came into my life, it never occurred to me that I could go out and spend time with people due to a shared interest. I became a meetup regular starting in 2013, and now I have a group of best friends I never would have known had it not been for lolita fashion. Lolita has its own social club aspect to it-- you go and meet people regularly, and eventually, friendships form. That's not to say that all lolitas will get along just because they wear the same clothes. But lolita does give you the ability to get in touch with people you might never have had the opportunity to otherwise.

Other fond memories I have of my early days in lolita are the personalities who used to be so important. Everyone knew who Moon Kana was, and everyone owned Kanon Wakeshima's Shinshoku Dolce. Both of these women were considered to be lolita icons; for the former's constant appearance in the Gothic and Lolita Bibles, and both of their contributions to what we all considered to be lolita music. Novala Takemoto was iconic for his writings on what it meant to be a lolita. There was a gentle side to the fashion in which no-one was afraid to identify with poetic, quaint interpretations of the reasons this fashion had spoken to all of us in some way. 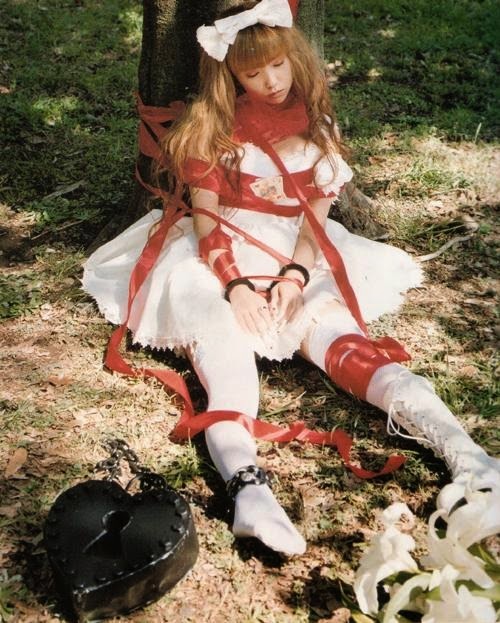 A typical Moon Kana photoshoot from a Gothic and Lolita Bible

Certain aspects of lolita fashion today bother me. In some ways, its steadily growing popularity is a good thing. It means the clothing is more accessible, and people are more likely to understand what you're wearing and why. But newcomers are not finding out about the fashion through the egl community on livejournal. Newcomers are missing out on not only an invaluable resource chock full of information collected over the years, but also a kind of lolita culture that is no longer prevalent. It's not a terrible thing, but it still makes me a little sad.

The online community doesn't feel as tight knit as it once did, and the decrease in livejournal presence is upsetting. I have fond memories of some of the really interesting discussions that took place there. Tumblr is fast and great for exposure as we all know, but it's not a discussion platform. It doesn't allow for any dialogue to be set up between a group of people, and I feel disconnected from the lolita community outside of reblogging coordinate photos (and even then, I believe daily_lolita was much better for receiving feedback on your outfits). I used to participate in the egl tinychat, which was basically an opportunity to talk to any livejournal lolitas who happened to be online at the time the link was posted to the main community. We'd talk about clothes, our lives, musings on the world around us... it was relaxing and it made me feel like I was part of something bigger than just a fashion style. Nowadays, the lolita community at large feels incredibly fragmented, and its migration from livejournal to tumblr and facebook are most likely to blame.

As you can see, I have a lot of nostalgia for how lolita used to be. People just entering the fashion must be having a completely different experience to those who entered it years ago. I try to move with the times, and yet it is very hard to see the aspects that made lolita lolita for you being wiped away and considered passé.

I myself agree that you cannot be a "lolita at heart" if you don't wear the fashion, and that in principle, playing a classical instrument for example is not a "lolita activity". However, as far as I'm concerned, there is a lolita lifestyle, and it is simply made up of aspects of your life that have been influenced by the very fact you wear lolita fashion, and to shut down anyone who agrees with this is unfair. We are all entitled to our own interpretation. It may not be something you agree with or get. But if you've been wearing lolita for years, are still active on egl, or simply aren't afraid to consider how lolita is so different from other fashions and has its own influences on your daily life, you'll know what I'm talking about. And this is for you.

To end this post, I'll use the words I wrote as a seventeen-year-old about my feelings towards lifestylers:

I firmly believe anything that can have such a huge impact on a person's life is indeed, a contributing factor to their lifestyle. You don't have to sit around drinking tea, playing with dolls or flower-arranging to be a lifestyler. You simply need to have a special place in your heart and in your life for the beauty and magical things that come with being a lolita. 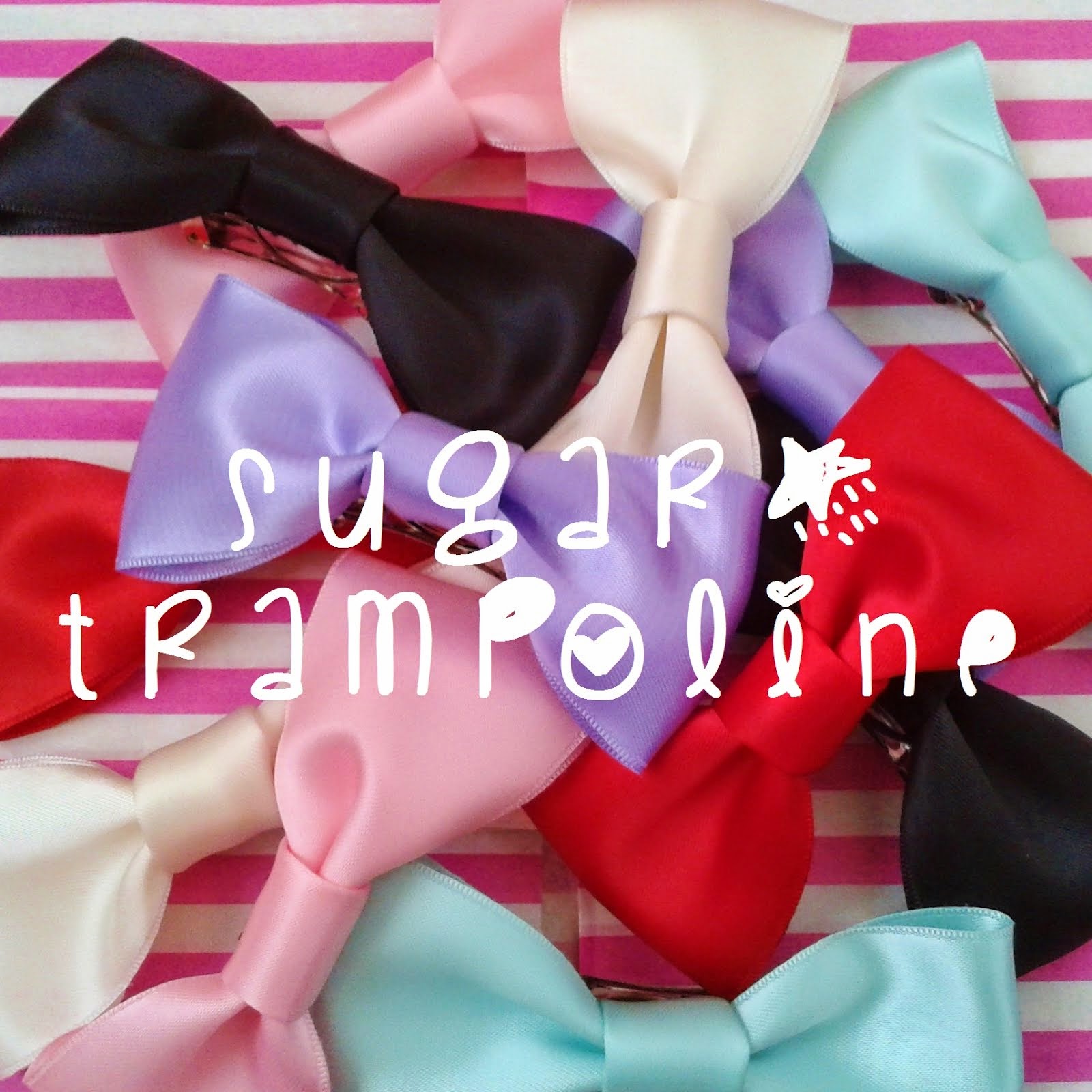 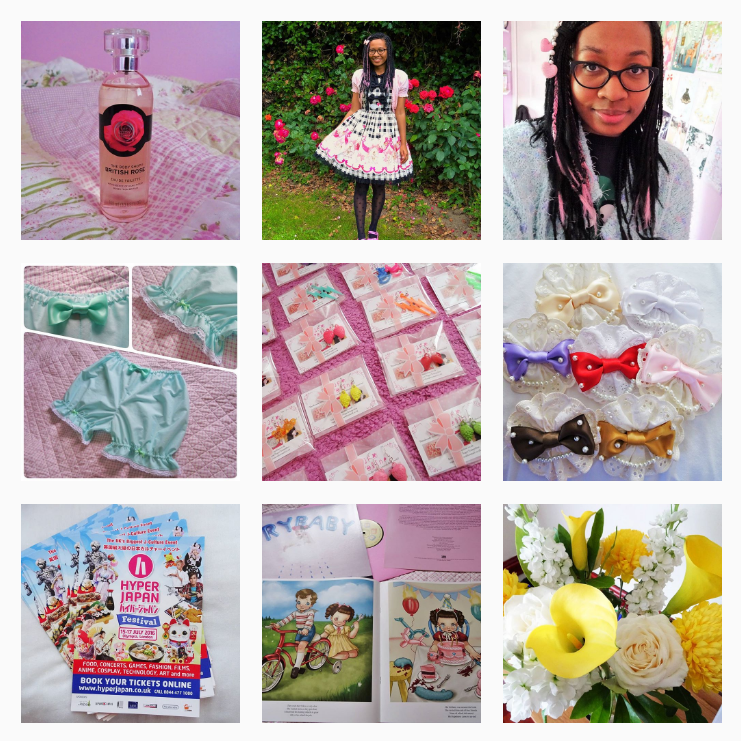